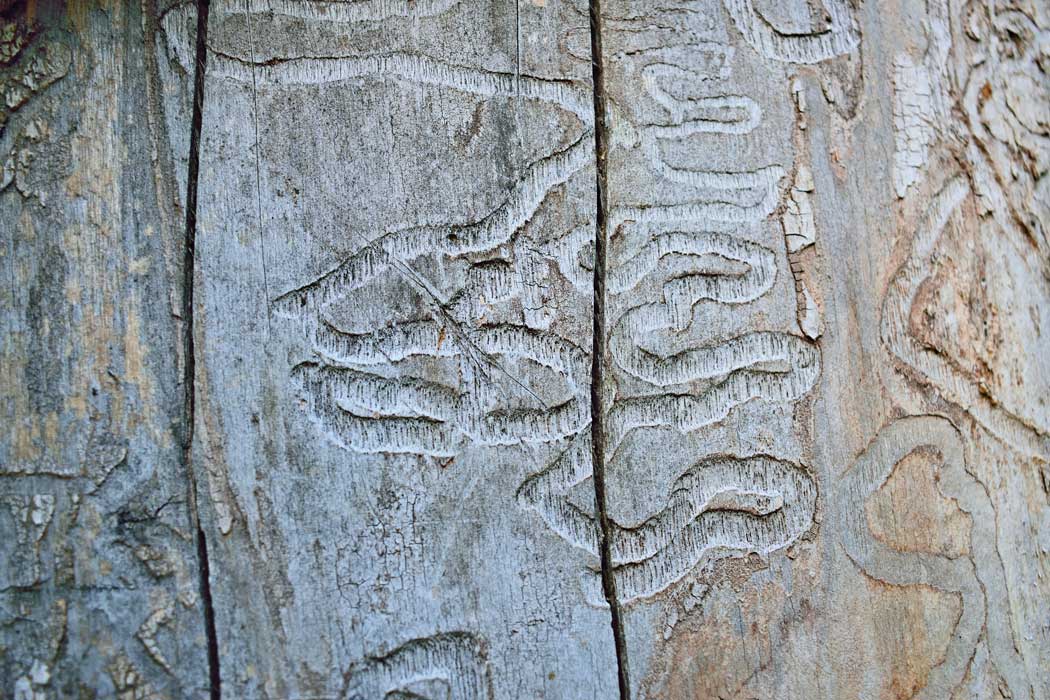 Wabanaki basketmakers try to save our state’s ash trees — and their traditional craft — from the emerald ash borer.

By Philip Kiefer
Photographs courtesy of the Abbe Museum

[dropcap letter=”T”]o Wabanaki basketmakers, ash wood can seem specially intended for their craft. Woven into baskets, it sometimes looks possessed of a controlled energy, like a frozen waterfall. “Ash is smooth and shining — it’s like a fluid,” says Pam Cunningham, of the Penobscot Nation. “I’ve worked with other woods, and they feel dirty and rugged in comparison.” For generations, Native artisans have harvested the trees, black ash in particular, pounding wood until separated into splints, weaving splints together. “It’s the perfect building material,” says Shane Perley-Dutcher, of the Maliseet Nation. “Strong, but malleable.”

Ashes, with their slender leaves and furrowed trunks, are central to tribal identity and history. In the Wabanaki creation story, humans emerged from an arrow wound in an ash. After European colonists forced tribes from their lands, Wabanaki survived in part by selling their ornate, durable baskets, first to settlers and later to rusticators, collectors, back-to-the-landers, and vacationers. “The ash tree helped us survive our hardest time,” says Jennifer Neptune, president of the Maine Indian Basketmakers Alliance. “It fed us, built our houses, and sent our kids to school. The tree is almost like a relative.”

The emerald ash borer is a small, luminous green Asian beetle that lays eggs in the grooves of ash trunks. Larvae feed on the inner bark and can strip a tree within a few years. The beetle showed up in Michigan in the early aughts, then spread through the Midwest and Canada. By 2013, it had reached New Hampshire.

In the early years of the infestation, Neptune traveled to Michigan to see the impact. “I was struck by the devastation,” she recalls. The beetles had raged through the woods. Stands of dead ash flanked highways for miles. She returned home determined to prevent the same from happening here.

The Basket Tree, an exhibition now on display at Bar Harbor’s Abbe Museum, explores the relationship between Wabanaki people and the ash tree. Artifacts include baskets made from ash and from alternate materials, such as felt, metal, and newsprint. Through March. 26 Mt. Desert St., Bar Harbor. 207-288-3519.

“When everyone was saying this was no big deal, the basketmakers were really proactive,” says Colleen Teerling, a Maine Forest Service entomologist. Tribal representatives helped get the legislature to ban out-of-state firewood (ash borers can jump hundreds of miles just by hitching a ride on a truckload of logs) and basketmakers combed the woods for signs of the beetle. In 2018, though, entomologists found it in Maine for the first time, in Aroostook and York counties.

The state has established quarantine zones, out of which ash can’t be transported, in hopes of slowing the ash borer’s progress. Similar efforts in New Hampshire have, so far, helped preserve some stands. It’s a stall tactic while researchers look for a long-term fix, maybe introducing parasitic wasps or protecting isolated groves with pesticides. Otherwise, the ash will slide toward what biologists call “functional extinction.” A smattering of trees might survive, but they’d no longer have a consequential role in the ecosystem. Basket-quality trees, already rare, would all but vanish.

When Cunningham, the Penobscot basketmaker, learned about the ash borer, she nearly gave up teaching her craft to younger weavers. “Why teach if there are no ash trees?” she thought. Then, she tried making a basket from wool. It gave her a jolt of hope. “We could keep our designs, our motifs, and our traditions, even if it can’t be ash baskets,” she says. Basketmaking has a history of adaptation. Perley-Dutcher, the Maliseet basketmaker, now uses metals. And he had a mentor who’d grown too old to prepare ash but wouldn’t quit the work. One day, the mentor showed Perley-Dutcher a beautiful multicolor basket, rendered in venetian blinds. “He was finding a way to weave anyway,” Perley-Dutcher says. “I’ll never forget that resiliency. We’ll never give up on this.”