A Steep Hike in Acadia

In Maine’s much-loved national park, once an aristocratic enclave, the prospect of a dramatic fee increase resonates a bit louder.

[dropcap letter=”W”]hen I first moved to Maine, seven years ago, Acadia National Park left me cold. In the last two towns I’d called home, out West, I’d been surrounded by vast, wild tracts of public land — the Wallowa-Whitman and Lolo national forests, respectively — and I’d spent much of my professional and leisure time reporting from and frolicking in the great national parks of the northern Rockies: Yellowstone, Grand Teton, Glacier. Wilderness parks. Parks that, like Acadia, accommodate 3 million or more visitors per year, but where I could always grab a backcountry permit, load my pack, strap on my Chacos, and go a few days without seeing another human being.

Acadia, by contrast, seemed to me like a vast and exquisitely landscaped garden, full of stone stairways and monuments and carriage roads. A hiker is hard-pressed to put in a dozen miles without encountering pavement. Charismatic megafauna, compared to my western parks, are sparse (sure, one may spot a deer or a fox, but it is an event). On my first, eager visit to Acadia, one wet April weekend in 2011, my then-girlfriend and I self-registered at an empty Blackwoods Campground and set out to hike the south ridge of Cadillac Mountain — the park’s tallest! the first place to see the sun! — only to find, arriving at the summit, that there is a whole damn shopping-mall parking lot up there, next to the bathrooms, just past the gift shop.

But I didn’t give up on Acadia. That winter, I got engaged there, kneeling atop Gorham Mountain (which has no gift shop). I’ve since hiked, biked, and paddled most every corner of the park. I’ve toted first one, now two little boys along its trails and roadways, in BabyBjörns and backpacks and bike trailers, and I’ve come to love the off-season in particular: the muddy spring, when the peepers are lusty and bikers have the Loop Road to themselves; winters when the snow sticks and skiing on the carriage roads is flowy and serene. I’ve warmed to the place, and along the way, Acadia has reminded me that there’s more to be admired about national parks than their wilderness — or even their recreational — attributes.

I’ve come to admire the way Acadia wears its human history: the way its trails, with their stairs and rungs and fall-line descents, make no secret of the monumental engineering and construction efforts that allowed for them; the way man-made landmarks like Bass Harbor Head Light and the stone arch bridges are marquee attractions on par with the hills or the ponds or Thunder Hole; the way the shell middens and the lobsterboats in the harbors speak to the centuries of communities that have wrung their existence out of the sea. Yellowstone is a marvel; Acadia is an achievement. 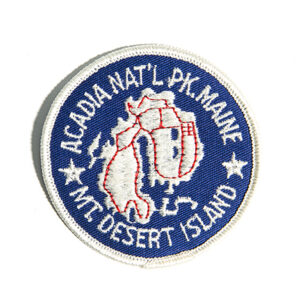 And more than any other park, it is a poster child for the egalitarian mission of the National Park Service. America’s parks and public lands are shrines to nature, of course, but also to democracy. We protected Yellowstone and Yosemite and Glacier in part to keep the one-percenters from swooping in, building up ranches and mansions and gardens and pleasuring grounds, then putting up gates and keeping the rest of us out. On Mount Desert Island, would you believe, the one-percenters more or less had their run of the place — complete with mansions and gates and gardens and all the rest — then got seized by a progressive impulse and gave it all back. (Well, a lot of it.) If I love my western parks because they’re monuments to the idea that special landscapes should remain untrammeled, I’ve come to love Acadia because it epitomizes the (not always compatible) idea that special landscapes should remain accessible to me and the rest of the rabble.

At the end of November, the Department of the Interior extended the public comment period on its proposal to raise the entrance fees at 17 of “the top revenue parks,” including Acadia, to $70 per car ($50 per motorcycle, $30 per biker or pedestrian). In Acadia, where a week of entry currently costs $25 per car, the new price would represent a 180 percent increase and would apply during the peak seasons of summer and fall. An annual Acadia pass currently costs $50. Under the new proposal, that price would rise to $75.

Secretary of the Interior Ryan Zinke has said that the fee increase is necessary to address the need for “renovation and restoration” of parks’ aging infrastructure (with 80 percent of fee revenue staying in the park where it was collected). Indeed, the National Park Service’s “deferred maintenance” backlog, estimated at $12 billion, is regularly lamented by managers and public lands advocates requesting increased Congressional funding, legislators and bureaucrats calling for fee increases, and more extreme voices demanding privatization of public lands, among other schemes. Anyone with knowledge of the national parks agrees there are maintenance projects going unaddressed, although less alarmist voices have described the backlog as more of a “wish list” (in the words of one public lands wonk from the Center for American Progress), and many point out that only 10 percent of the deferred maintenance projects are considered critical to park operations. Roughly half the projected bill covers future road repairs.

Acadia’s share of that $12 billion backlog is $71 million, with roads and parking areas accounting for the majority of that tab. (Endowments supporting the carriage road and trail systems take some financial pressure off the National Park Service.) In the wake of the fee proposal, Acadia administrators directed questions about deferred maintenance and the proposed hike to the park service’s Washington office, but former Acadia superintendent Sheridan Steele, who served in that post from 2003 to 2015, told me “most needs aren’t urgent in the sense that a facility would be closed if it weren’t attended to.” Long-term preventative maintenance deserves more funding than it’s getting, Steele said, “but it’s a slow kind of falling behind.” 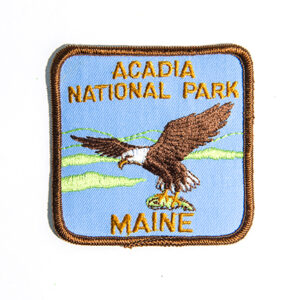 Though he has concerns about the maintenance backlog, Steele, who still lives seasonally in Maine, sees the proposed fee hike as the wrong way to address it — “too much, too fast.” He sits on the executive council of the Coalition to Protect America’s National Parks, an advocacy nonprofit made up of current and former National Park Service staff, which came out stridently against the proposed increase, arguing it would keep people of modest means from visiting parks, while generating only enough revenue to address 2 percent of the deferred maintenance tab. Both Steele and the coalition suggest that increased Congressional appropriations are what are really needed to support underfunded parks.

It’s a view shared by the National Parks Conservation Association, which released a statement noting that the Trump administration proposes cutting $375 million from the National Park Service budget even as it asks visitors to shoulder more costs. The Sierra Club said the increase would “shut the public out of our parks” and “turn our most popular public places into playgrounds for the wealthy.”

Acadia, of course, has already been just such a playground. In fact, the Sierra Club line echoes a quote from one prominent park patron, the landscape gardener Beatrix Farrand, who collaborated with John D. Rockefeller Jr. to design the carriage roads and once declared that the “surroundings deserve to be the solace of the poor rather than the playground of the rich.”

Of the 17 parks the fee hike would affect, Acadia is the only one that has a conscious pivot away from elitism baked into its mythos — which makes the prospect of charging on par with Cirque du Soleil tickets all the more provocative. Of course, paying for the privilege to access the outdoors isn’t a novelty in Maine. A long-weekend camping trip with a couple of friends will run up fees of at least $70 on any of the 3.5 million acres administered by North Maine Woods, Inc. But then, those acres don’t belong to you; they belong (primarily) to timber concerns. Acadia is unequivocally yours.

If it’s approved, the fee raise would go into effect in June and be enforced through October. Perhaps another reason to love Acadia in the off-season.