[dropcap letter=”A”]s a teenager growing up in northern Maine, John Cariani couldn’t wait to see the world, even though he suspected nothing out there could top the life he was living. “That’s proved to be kind of true,” says the 49-year-old playwright and actor, who got his first taste of theater in a Presque Isle High School production of Annie Get Your Gun. “I got lucky: I had a quality education and spent a lot of time with quality people. I’m still in touch with many of my friends, and I’m proud of the fact that we’ve all gone on to do wonderful things.” 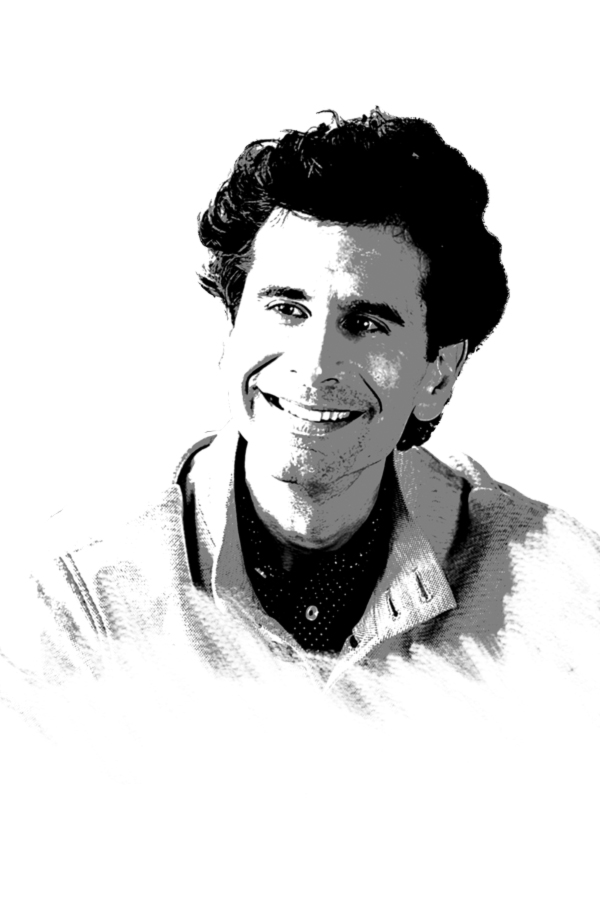 Broadway Debut
2004, as Motel the Tailor in Fiddler on the Roof, for which he won an Outer Critics Circle Award.

Superlative
Cariani’s Almost, Maine, which premiered in 2006, is one of the most frequently produced plays in the U.S.

Cariani is currently playing Itzik in the Broadway musical The Band’s Visit, which all but swept the Tony Awards in June, racking up 10 statues. On the screen, he may be best known for his role as forensics tech Julian Beck on TV’s Law & Order. Cariani’s upbringing in Aroostook County, meanwhile, finds expression in his writing: Two of his plays, Almost, Maine and Last Gas, are set in northern Maine, as is a yet-to-be-titled play he’s writing now. “I’m giving a voice to people who don’t usually have one,” he says. “Rural America is vastly underrepresented in contemporary art, and when it is, people are usually caricatures. I want people to understand there are a lot of smart, fun, joyful people living there.”

Cariani was 8 when his family moved from a rural town in Massachusetts to Presque Isle (population: 9,100). “The biggest shock came when we got to Wendy’s in Bangor, where my dad pointed out where we were going on the map of Maine on the wall,” he recalls. “I remember my mom’s face to this day. She didn’t know Maine was so big.”

Northern Mainers are shaped by the wide-open spaces of potato country — places where Cariani likes to run when he’s home for a visit. “There’s nothing like it — these stretches of potato fields and enormous sky — and you can find yourself,” he says. “It makes you feel like anything is possible, but also that human beings are insignificant. I think it’s why people from that part of the world are so humble.” –Virginia M. Wright