Get Off the Hot Seat 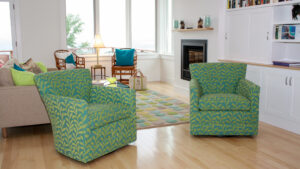 In August, Maine became the first state in the nation to ban the use of flame-retardant chemicals in residential upholstered furniture. By wide margins in both the House and Senate, state legislators rejected chemical-industry lobbyists’ claims that the ban would endanger Mainers. The law takes effect January 1, 2019. Firefighters were among the most vocal supporters of the ban. They cited lab tests that found flame retardants not only do little to prevent or slow fires but also release carcinogenic gases when they burn. The substances — typically applied to polyurethane foam cushions — have been linked to the increased risk of cancer faced by firefighters.

Continue reading at Maine Homes by Down East.