The pocket-size snacks pack impressive nutrition stats. Are they loaded with flavor too? 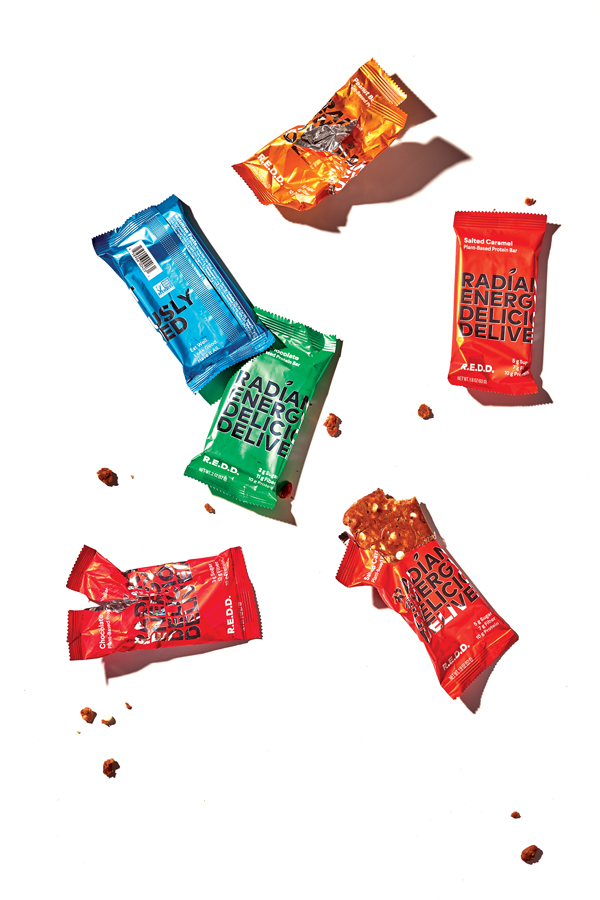 In his first semester at the University of Maine, in 2010, Alden Blease’s meal plan wasn’t keeping up with his runner’s appetite. To supplement dining-hall chow, he mashed up coconut, maca, goji berries, and other health-store staples into what he called “dough.” The next semester, he dropped out and started a business selling a bar-shaped version of his dough. The name he picked, Rawgasms, did not thrill retailers, so he ditched the brand, reworked his recipe, and launched R.E.D.D. energy bars in 2014. Based in Brunswick, the company recently raised $2.2 million in venture capital, rolled out shiny new wrappers, and bolstered the bars’ nutrition profiles. The lineup is vegan, non-GMO, and gluten-free, ingredients include chia seeds, chaga, and quinoa, and each bar has 10 grams of protein to only 3 to 5 grams of sugar (Clif Bars, for comparison’s sake, contain a similar amount of protein but about 20 grams of sugar). Blease is no alchemist — low-sugar, high-protein energy bars don’t magically come out like cookie bars — but after a recent taste test, Down East editors will be stashing R.E.D.D. Bars in their hiking packs this spring.

R.E.D.D. initially stood for Research Enhanced Design + Development, but the company recently switched that to the more appetizing Radiant Energy Deliciously Delivered. This spring, it will deliver two new flavors — Matcha Almond and Cinnamon Roll — plus smaller bars with fewer than 100 calories. reddbar.com