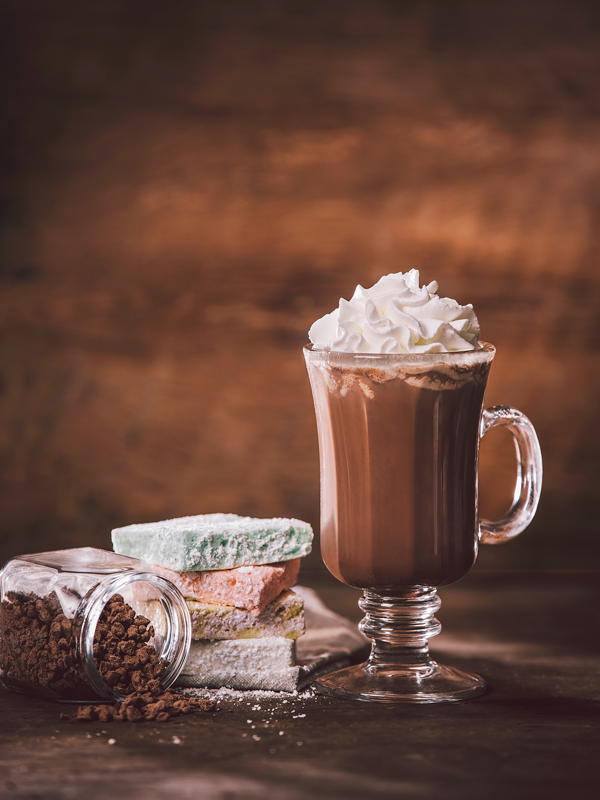 Serious chocoholics know the difference between hot cocoa and hot chocolate. Hot chocolate, sometimes called sipping or drinking chocolate, comes from dissolving shavings of actual chocolate, not powder, into warm milk. It yields a distinctly silky-rich quaff, and Rockland chocolatier Bixby & Co. makes several real-deal mixes. The Mayan style is the warming-est of the bunch, with a lingering chipotle kick. Drink straight up or dollop with whipped cream, and keep a stack of marshmallows handy. S’mores slinger Madison Gouzie makes dozens of varieties, including pistachio, pumpkin spice, hazelnut, and vanilla, and he’s selling box sets online for pick-up at his Marshmallow Cart during L.L.Bean’s holiday festival in Freeport, where he’s stationed Friday through Sunday, November 16 to December 23. Drop his maple-bacon ’mallow in a mug of proper hot chocolate and you might never feel cold again.

The Future of Maine’s Restaurants is Female