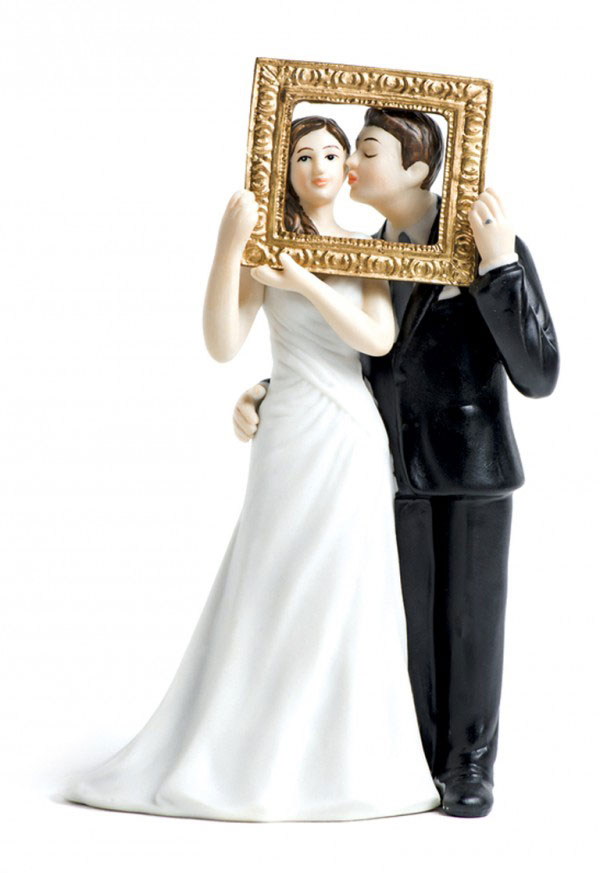 What does a happily married couple do when they find out their marriage never happened?

I married the same woman twice. Once when I was 28, then again at 33. I didn’t have to marry her again; I wanted to.

The first time, when we were still living in New York, we decided to elope while on vacation in Rockport. A very nice woman named Brenda at the town office provided us with the necessary documents. We completed them in her presence and with her help. Afterward, she wished us well and said that, for a $5 fee, she would mail the marriage license to our home in New York just as soon as the justice of the peace we’d hired to perform a seaside service forwarded to the town a document noting that she had, in fact, signed off on the nuptials.

Brenda never did get around to mailing us the license. And my wife and I never bothered to follow up. Our lives were full and busy, and little details like $5 documents just didn’t rate high on the to-do list. Besides, no one had ever asked us to present our marriage license, for any reason. “One day we’ll track it down” was basically our position on the matter. No big whoop.

Then, on the occasion of our fifth wedding anniversary, I got the idea to surprise my beloved by inserting the license into the card that I planned to give with the gift I had made for her. Around a month before the date, I dialed the Rockport town office and got none other than Brenda herself on the line. After I’d explained what I was after, she put me on hold to search for the documents, but was back on the line in no time flat.

“I’m sorry, but I don’t see it here,” Brenda said calmly. “Are you sure you don’t mean Rockland? A lot of people get the two towns confused.”

“Not unless you were the town clerk there five years ago,” I said, reminding her that I had recognized her name immediately when she came to the phone.

“Oh, that’s right,” Brenda said, sounding more concerned this time. “Let me see, you said you were from New York? And it was five years ago, you say?”

In the background, I could hear someone speaking to Brenda, then I heard her muffled voice responding. When she came back on the line, Brenda was chuckling.

“We’re having a good laugh here because we can’t believe you called,” she said. “I was just reminded that about a year ago we found a $5 bill stapled to a marriage license application that was dated a few years back. I figured the people must have changed their minds, so we tossed the application and put the $5 into the petty cash drawer. Now that I think about it, I’m pretty sure that the couple was from New York. You and your wife, I’m guessing.”

For a while, we both laughed pretty hard.

“So what’s this all mean, then?” I asked Brenda. “I’m not sure I know how that leaves things.”

There was a prolonged silence.

“Brenda? Are you there?”

She cleared her throat. Three times.

Long story short, and for reasons that Brenda and I could not determine, the documents had never made it from the justice of the peace back to the town office. Rockport being the kind of small town where everybody knows each other, Brenda offered to check with the JP and see if she could get her hands on the documents.

“Give me a day or two,” Brenda said. “I’ll see if I can straighten this thing out.”

It took exactly two days for Brenda to call back, and they were the longest 48 hours of my life. The first night I couldn’t sleep at all. For five years my wife and I did all the things that married couples do, including important legal things, like buying a house, taking out car loans, opening combined investment accounts — filing joint tax returns! Where these things stood now I had no idea, but nothing about not being married while pretending that you are could possibly be good. I hadn’t told my wife about the incident because that would have ruined the surprise of handing her the license. Which meant that I was in this mess alone, at least until I knew what I was dealing with.

The next day, I just had to talk to somebody, so I dialed my friend, Richard. I’d recently been best man at his wedding, a small service held in a chapel at the United Nations. Richard and I are alike in many ways, completely opposite in others. After I explained my predicament and how concerned I was, it was Richard’s opposite side that showed up.

You mean, you’re single again!” he cried. “Holy shit, man. Do you know how many guys would love to be in your shoes? To get a second chance to make this kind of a decision — without even having to go through a divorce!

I should probably mention that my friend has been married to three different women. Or is it four?

“That’s why I’m here, brother, to set you straight. Besides, what makes you so sure the wifey wouldn’t use the exit door now that it’s open?”

When Brenda called the next day, she did indeed have bad news. No documents were found, which meant no marriage had ever taken place.

“But look, this isn’t New York, it’s Maine,” she said. “You sound like an honest guy, and if you say you and your wife were married up here, then I believe you. I’ll just need you to fax me a couple of things, and I’ll get you and your wife married right away. I’ll even predate it so that it goes back to the original date.”

That night I was forced to ruin the surprise I’d planned in order to ask my wife if she would marry me. Again. That was more than 20 years ago. We now live in a small town along the coast of Maine. The exit door remains closed. Which is okay by me.