Good Having You Back 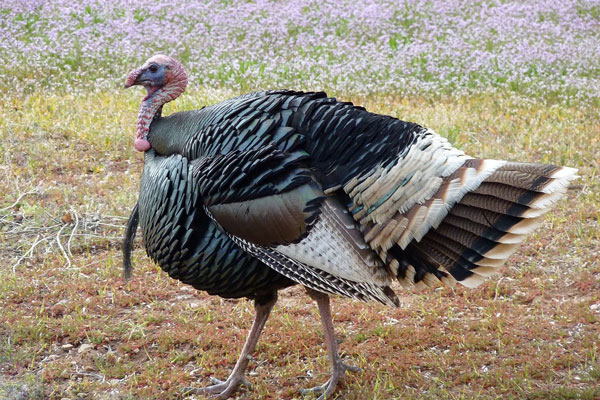 [dropcap letter=”B”]y 1900, the following animals were extinct or nearly extinct in Maine and everywhere else east of the Mississippi: 1) any wild canid larger than a fox, 2) wild turkeys, 3) beavers.

We got here in 1968. A few wild canids larger than foxes had recently been shot or trapped up along the Canadian border, causing high excitement. You’d have thought they were werewolves or the Viet Cong.

A decade later, the Department of Inland Fisheries and Wildlife transplanted 41 wild turkeys from Vermont into York County, down near the New Hampshire line. They did well enough for 33 of them to be trapped and transplanted into Waldo County four years later. There had not been wild turkeys in the state since about 1800. They might as well have been pterodactyls, insofar as local memory was concerned. Other states were undertaking similarly modest efforts.

Beavers were doing better than turkeys, but even so, most were in northern Maine. It would be several years before I actually saw one in the midcoast area. In the rest of the country, few, if any, had spread beyond the northernmost tier of states to repopulate their historical range.

Whitetail deer were doing better still. But their North American population, estimated to have been about 35 million when the Europeans arrived and down to about 300,000 by 1900, was still far, far below historic levels.

Today, from Maine to Florida and from the Atlantic to the Mississippi, large wild canids (Eastern coyotes fortified with a bit of gray wolf DNA), wild turkeys, beavers, and whitetail deer are everywhere. Furthermore, they do not behave in the least like timid and traumatized refugees from oblivion. They act like they own the place — as though suburbs, city parks, vacant lots, golf courses, cornfields, flower beds, your hen house, and every wretched little stream or culvert across the length and breadth of this great and fruitful nation were their New Frontier, their Manifest Destiny, their City on a Hill.

They do not behave in the least like timid and traumatized refugees from oblivion. They act like they own the place.

In less than a century, the whitetail deer population has returned to approximately what it was when the first Europeans arrived; their range now greatly exceeds what it was then. Turkeys and beavers have come back from the dead; coywolves, or whatever we want to call them, clearly descend from the creature that has haunted the imaginations of townspeople and farmers and herdsmen and especially children more or less forever and that barely hangs on in the remotest parts of Eurasia — yet there one stands, atop some dumpster at the edge of some town, looking contemptuously down at you as though to say What’s your problem? It’s a free country, right?

Think of western Europe. Its wilderness disappeared long before ours. There may be a few enclaves where some of its once-impressive fauna — wolves, bears, beavers, the capercaillie, the Eurasian elk — survive as something more than game animals provided habitat and supplementary feed so they may be shot. But such enclaves are very scattered and very small. What has happened in the U.S. in the last half-century is not at all like that. In the most densely populated, longest settled sections of the country, we have exploding populations of animals that had been gone from them for time out of mind — in many places, since before the American Revolution.

By 1968, it had become clear that Future Shock — too much change too fast — was the human condition and would remain so. The past no longer provided any guidance. I have foreseen nothing of what has happened in the past 50 years; neither has anybody else. I certainly cannot say that the return of dispossessed mammals to their ancient haunts is the most important thing that has happened in my lifetime. But it does seem to me the unlikeliest, the most paradoxical, and the most pleasing.

Congratulations to the Winners of the 2021 Down East Lobster Roll Competition!