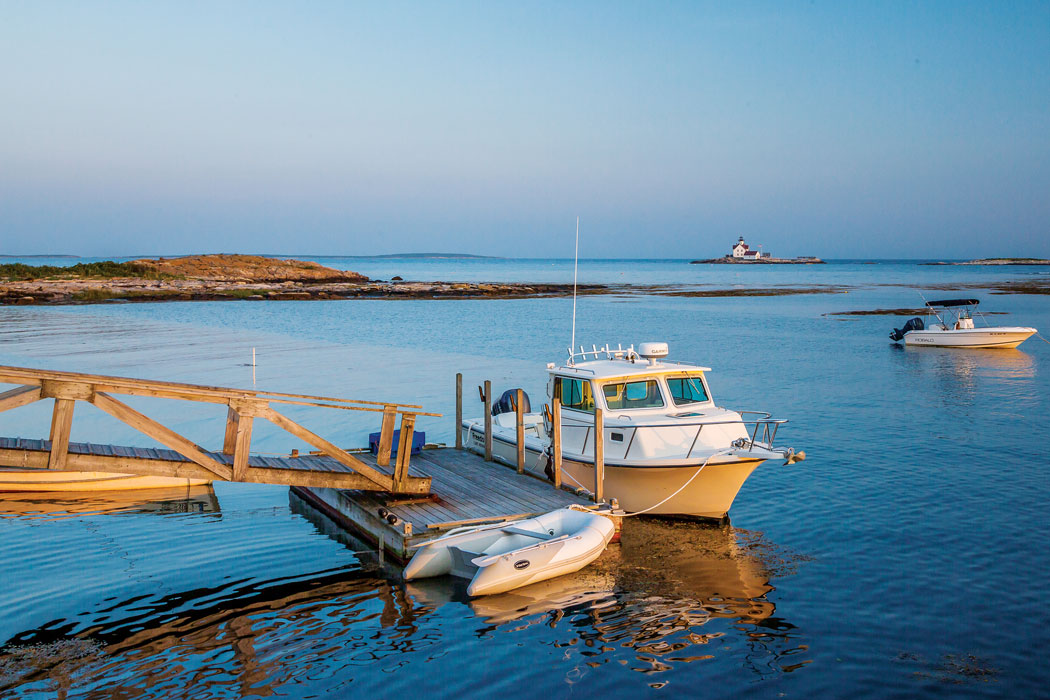 Each month, Down East editors select our favorite response to “Where in Maine?” Here is our favorite letter from the August photo of Cape Newagen and Southport Island.

Back a hundred years ago, my grandfather, a Methodist minister in Boston, came to Southport seeking respite from hay fever for his son, my dad. He built two houses for a wealthy sponsor and ultimately had his own house on Blair Road, where I suspect I was conceived, though I don’t remember. In 1967, my spouse, Jane, and I built a seaside home on Horn Cove, about a mile north of Newagen Harbor, and as I write and look out the door, I see the Cuckolds as shown in your photo. Now a B&B, Cuckolds Light is available if you wish to chance the possibility of being stuck there by high seas and stormy weather. Honeymoon, anyone? Southport Island, this shoreline, and Newagen Harbor have been the balm of life for our extended family.

See more Where in Maine!