Mantled in Fire and Smoke 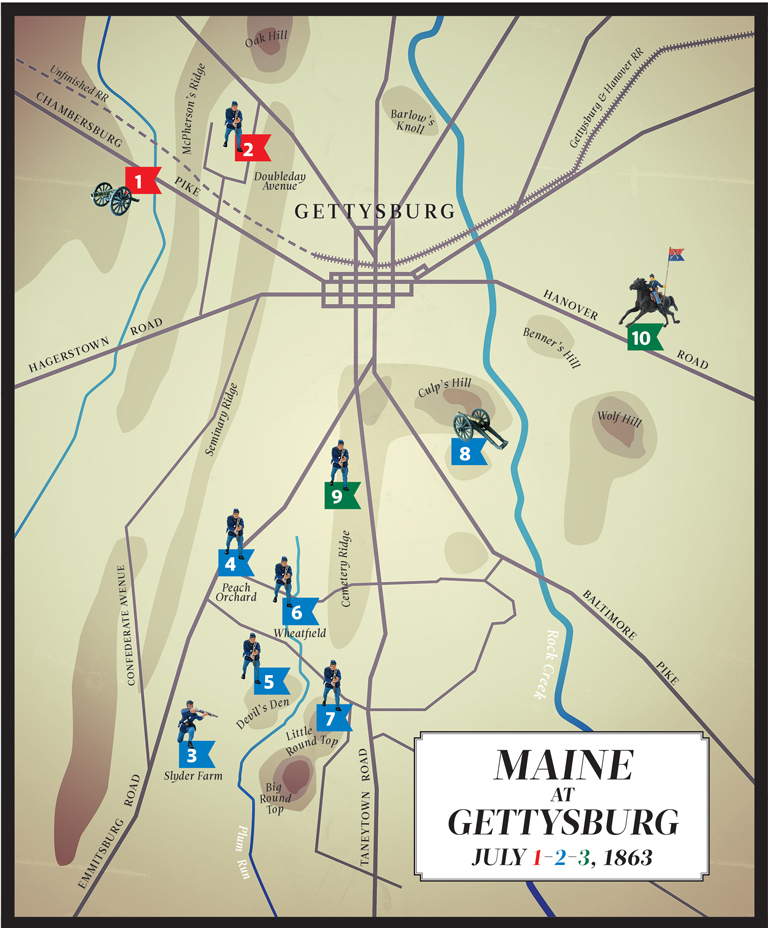 One hundred and fifty years ago, the United States was saved at the Battle of Gettysburg by Maine soldiers.

During the first three days of July in 1863, the largest battle ever fought in North America occurred in the small Pennsylvania town of Gettysburg. More than 160,000 men from the North and the South engaged in mortal struggle in the third year of the American Civil War. Place names from this battle resonate across time — Culp’s Hill, Little Round Top, Devil’s Den, the Peach Orchard, the Wheatfield, and Cemetery Ridge. At many crucial points of time and location on the battlefield, men from Maine were there to stem the Confederate tide.

Once asked why the Confederate Army lost the battle at Gettysburg, General George E. Pickett replied, “I think the Yankees had something to do with it.” He should have said those men from Maine had something to do with it. The argument can be made that the eventual outcome at Gettysburg might have been in doubt had these volunteer regiments from Maine not performed heroically in the line of battle.

Approximately 65,000 men from the Pine Tree State joined the Union Army during the Civil War, organized into thirty-three infantry, two cavalry, and one heavy artillery regiments and seven light artillery batteries. At Gettysburg, ten of those infantry regiments, one cavalry regiment, three artillery batteries, and a company of sharpshooters participated in the battle. In all they numbered about 3,700 men — lumbermen, fishermen, farmers, textile workers, and even college professors. They stood firm at Gettysburg and helped save the nation.